There are many travelers who do not know that Greece has a beauty not only in summer but also in winter. These are the many destinations that you can choose during your winter visit to Greece.

First of all, we will start with a place that has a unique beauty and that is why many people from different states and cities come to visit it. We are talking about Meteora next to Kalampaka in the Thessalian plain.

Meteora is a rock formation hosting one of the largest and most precipitously built complexes of Eastern Orthodox monasteries, second in importance only to Mount Athos. The six (of an original twenty four) monasteries are built on immense natural pillars and hill-like rounded boulders that dominate the local area. Meteora is included also on the UNESCO World Heritage List. 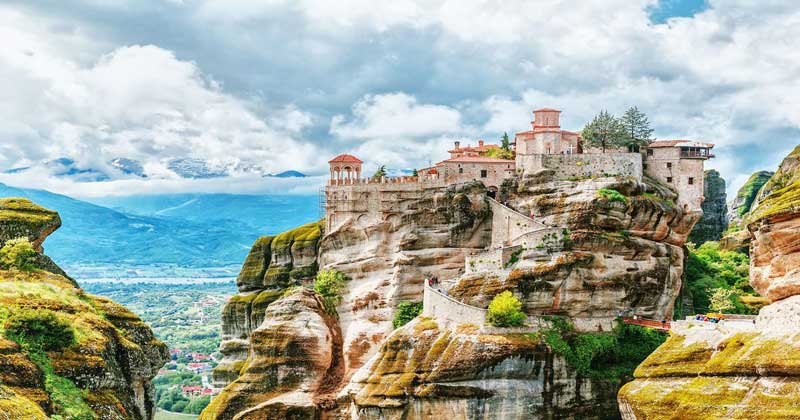 The distance from Athens airport is about four hours. However, the route is easy since when you enter the highway it is a straight line to Kalambaka. Along the way, another place for which it is worth making a stop is Lake Plastiras in Karditsa. Lake Plastiras is an artificial lake fed by Tavropos River, located in Karditsa regional unit.

It depends on how many people you plan to make this trip. If there are many of you, it would be the Fiat Tipo, the Citroen C-Elysee, the Peugeot 301 or even a van like the Mercedes Vito. If you are a few, a Peugeot 301 will do the job. The road is not very difficult.

On the other hand, if you are a more adventurous person, you will definitely prefer climbing Mount Olympus.

Mount Olympus is the highest mountain in Greece. It has 52 peaks and deep gorges.The highest peak, Mytikas, rises to 2,917 metres (9,570 ft).It is one of the highest peaks in Europe in terms of topographic prominence. 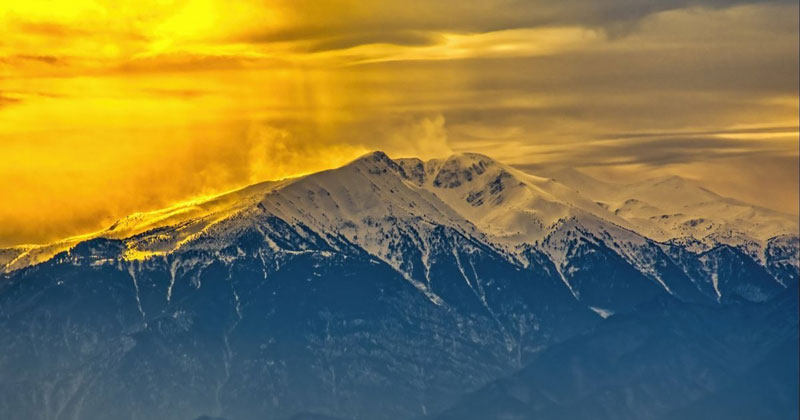 Olympus is notable in Greek mythology as the home of the Greek gods, on Mytikas peak. Every year, thousands of visitors admire its fauna and flora, tour its slopes, and climb its peaks. Organized mountain refuges and various mountaineering and climbing routes are available.

It should be mentioned at this point that the ascent to Olympus has specific periods and is mainly from May to early November.

The road to this destination is the same for Meteora. Therefore the cars offered are similar. However due to the longer distance you have to cover you may prefer something more comfortable to drive such as the BMW X1, Nissan Qashqai or a Skoda Kodiaq.

If you are just looking for a quiet place just to relax that is close to Athens, one of the best and most popular destinations is Arachova.

Arachova has a panoramic view, uphill small houses and the cobbled streets show a picturesque architecture. It is famous for its black wine, its "brusco", the colorful fabrics, the carpets and rugs, the crafts and the woodcut creations as well. 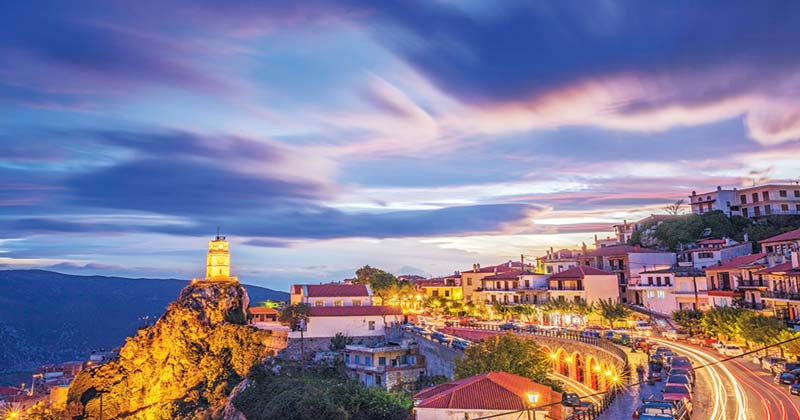 Another additional fact that you will mostly love, is that Arachova is just 22 kilometers away from the Parnassus ski center. One of the most famous ski resorts in Greece with beautiful views and several downhill trails for those who love skiing and snowboarding.

Arachova is just two hours and twenty minutes away from Athens. You can go straight from the airport by the highway or you can start from the center of Athens. Either way the road you will take be the same.

Because we are referring to the winter season and this destination is in the mountains, it would be more suitable for comfort and safety to choose a SUV car. Such models are BMW X1, Nissan Qashqai, Skoda Kodiaq, Suzuki Vitara or a Renault-Dacia Duster.