Ιn this article we will continue with the possible winter destinations that one can visit during his vacation in Greece.

Ioannina is the capital and largest city of Epirus. It lies at an elevation of approximately 500 metres above sea level, on the western shore of Lake Pamvotis.

The city's foundation has traditionally been ascribed to the Byzantine Emperor Justinian in the 6th century AD. In the period between the 18th and 19th centuries, the city was a major center of the Modern Greek Enlightenment. Ioannina was ceded to Greece in 1913 following the Balkan Wars.  The city's emblem consists of the portrait of the Byzantine Emperor Justinian crowned by a stylized depiction of the nearby ancient theater of Dodona. 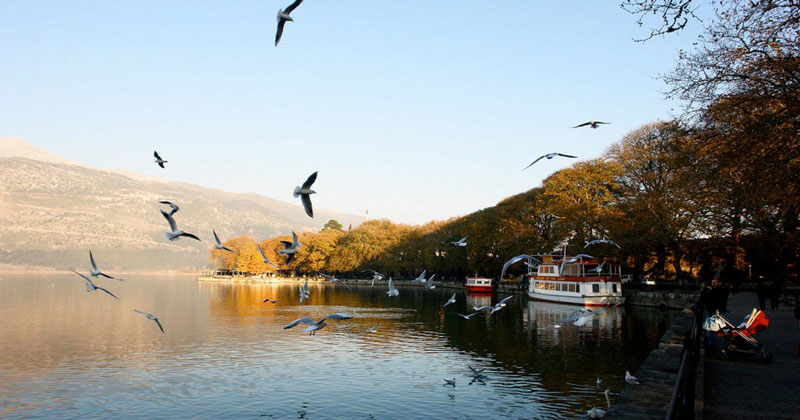 Ioannina is located 410 km from Athens. Once you land in “Eleftherios Venizelos”, enter the Attiki Odos on which you will take the exit for the highway. The road from there is simple and the trip not very tedious.

Apart from the city of Ioannina you can also dedicate some more time to see the view that the lake offers you. Lake Pamvotis (also known as Lake Ioannina) is located at an altitude of 483 meters above sea level. It has a length of about 7.9 kilometers, a width of 1.5 to 5.4 kilometers, and an average depth of 4-5 meters.

Due to the distance important factor is how many people you plan to make this trip. If there are many of you, it would be the Citroen C-Elysee, the Peugeot 301 or even a van like the Mercedes Vito. If you are a few, a Peugeot 301 will do the job. Because of the mountain road and the snow that the area may have, choosing a SUV car would be wiser. We recommend the Nissan Qashqai, Skoda Kodiaq or a Suzuki Vitara.

Zagorochoria is close to Ioannina but we mention them separately due to their uniqueness. They are a multitude of small villages (Negades, Koukouli, Dilofo, Vradeto, Kipoi) in the mountains which offer a different experience to anyone who visits them. 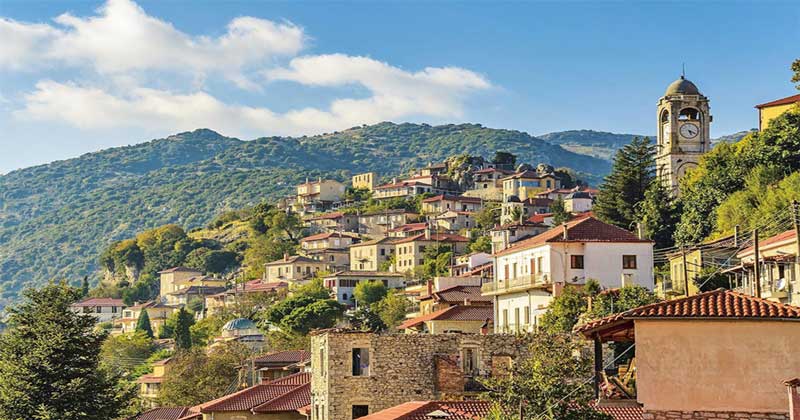 One of the most important things you could do and see is the Vikos canyon. You need to dedicate several hours (about 8) and have a guide for this route but it is a unique spectacle that gives you the opportunity to see spectacles and places from all the villages.

Zagorochoria is approximately 480 km from Athens and 70 km from Ioannina. The road to go there and also the suitable cars for this destination are exactly the same as we mentioned earlier.

A place that is closer to Athens than the other two destinations is Delphi.

Delphi, in ancient times was a sacred precinct that served as the seat of Pythia, the major oracle who was consulted about important decisions throughout the ancient classical world.  The ancient Greeks considered the centre of the world to be in Delphi, marked by the stone monument known as the omphalos (navel). According to the Suda, Delphi took its name from the Delphyne, the she-serpent (drakaina) who lived there and was killed by the god Apollo. 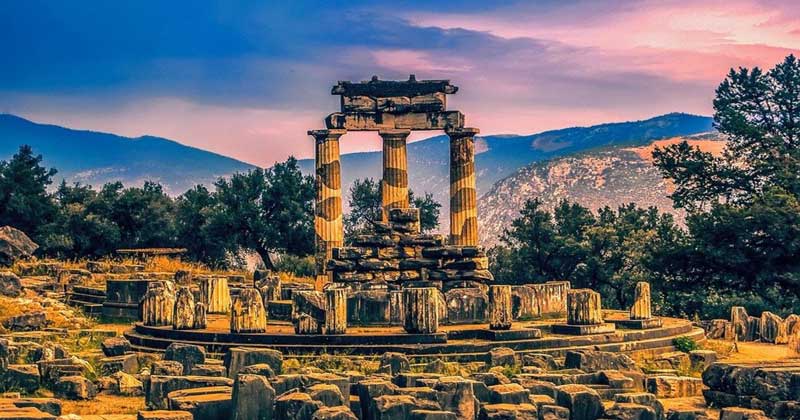 It is now an extensive archaeological site, and since 1938 a part of Parnassos National Park. Adjacent to the sacred precinct is a small modern town of the same name. The precinct is recognized by UNESCO as a World Heritage Site in having had a great influence in the ancient world, as evidenced by the various monuments built there by most of the important ancient Greek city-states, demonstrating their fundamental Hellenic unity.

Delphi is 185 km from Athens. You can cross the highway immediately after the arrival of your flight at the airport or you can plan it while you are in Athens. Compared to Arachova (which we mentioned in the previous chapter) it is an hour even further away.

Because we are referring to the winter season and this destination is in the mountains, it would be more suitable for comfort and safety to choose a SUV car. Such models are BMW X1, Nissan Qashqai, Skoda Kodiaq, Suzuki Vitara or a Renault-Dacia Duster. On the other hand if you are a smaller company you can take the 208 Peugeot.