There are many travelers who do not know that Greece has a beauty not only in summer but also in winter. These are the many destinations that you can choose during your winter visit to Greece. 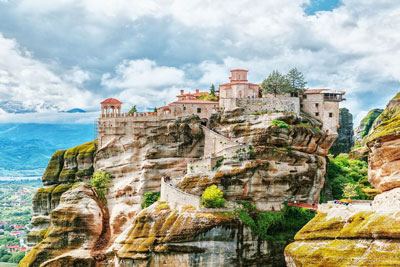 First of all, we will start with a place that has a unique beauty and that is why many people from different states and cities come to visit it. We are talking about Meteora next to Kalampaka in the Thessalian plain.

Meteora is a rock formation hosting one of the largest and most precipitously built complexes of Eastern Orthodox monasteries, second in importance only to Mount Athos. The six (of an original twenty four) monasteries are built on immense natural pillars and hill-like rounded boulders that dominate the local area. Meteora is included also on the UNESCO World Heritage List.

Ιn this article we will continue with the possible winter destinations that one can visit during his vacation in Greece. 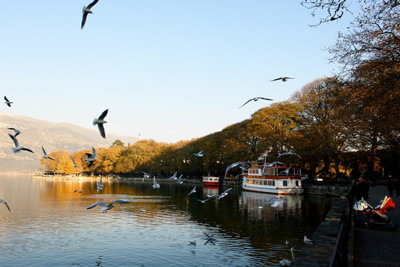 Ioannina is the capital and largest city of Epirus. It lies at an elevation of approximately 500 metres above sea level, on the western shore of Lake Pamvotis.

The city's foundation has traditionally been ascribed to the Byzantine Emperor Justinian in the 6th century AD. In the period between the 18th and 19th centuries, the city was a major center of the Modern Greek Enlightenment. Ioannina was ceded to Greece in 1913 following the Balkan Wars.  The city's emblem consists of the portrait of the Byzantine Emperor Justinian crowned by a stylized depiction of the nearby ancient theater of Dodona.